Manchester City midfielder Frank Lampard’s time in the Premier League is fast drawing to a close as he prepares to jet off for a new chapter in his career with MLS outfit New York City FC at the end of the season.

Lamps took some time out this week to travel to Northern Ireland to visit girlfriend Christine Bleakley’s family and take in a pint or two of the black stuff.

“Sun was shining on a lovely weekend with the family in Northern Ireland. Would have been rude not to have a cheeky pint of the black stuff!” he said.

The 36-year-old made a return to the Man City side against West Brom last weekend, but could opt to join the new MLS franchise early rather than wait until the summer thanks to his recent lack of first team action. 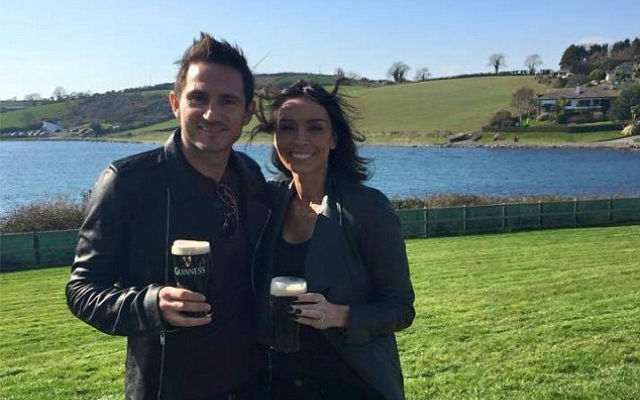