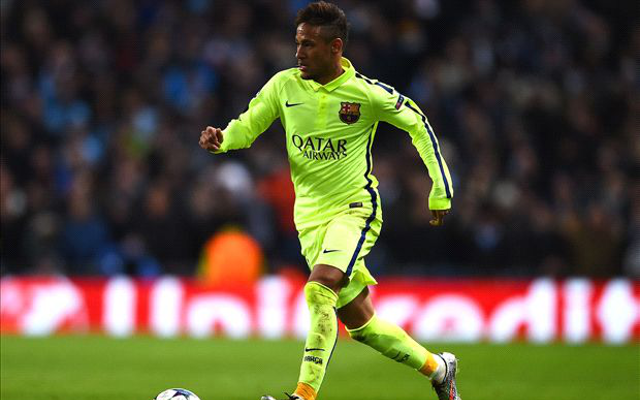 After initially struggling to live up to his stellar reputation the Nou Camp star is now well and truly established as a Barcelona star.

Thus far this season the 23 year old has racked up 17 goals in 20 La Liga starts and is now part of a mouthwatering attacking trio that also comprises Lionel Messi and Luis Suarez.

Brazil face France on Thursday night before facing Chile at the Emirates Stadium next Tuesday.

Dunga will look to his side to put last summer’s World Cup disaster behind them as they push on ahead of the 2015 Copa America.

Man City fans may be surprised to see Robinho still in and around the Brazil national team set-up, the 31 year old’s career having now gotten back on track since his return to his boyhood club Santos.