Lots of things seem to have been coming up Becks recently. He’s a successful model, idolised in the world of football, has a beautiful wife and four children. Furthermore, he’s got a jet-set lifestyle an average person could only dream of. We’re not sure about this latest outfit he’s thrown together, though…

The footballing legend went shirtless on a balcony in Miami, where he still plans on starting up an MLS franchisenut, using his t-shirt as a headscarf to combat the sweltering heat. 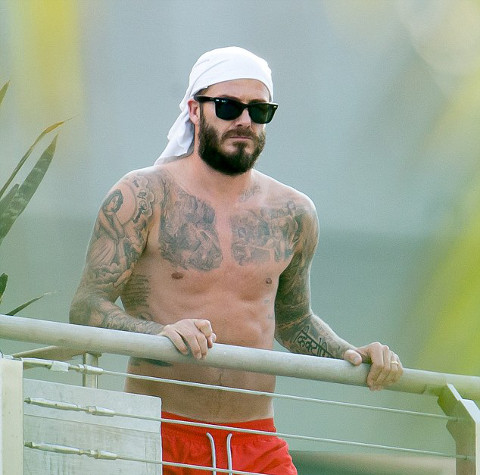