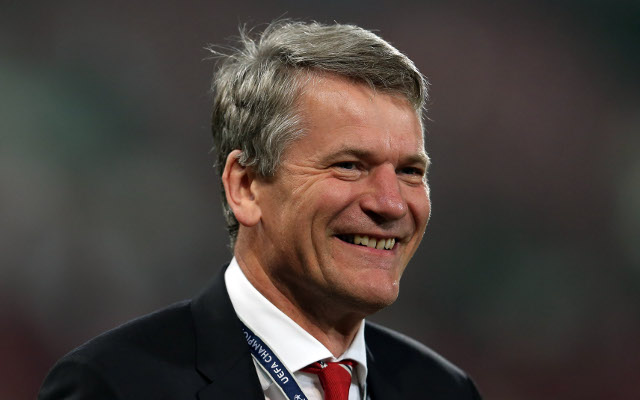 Manchester United director David Gill has been elected as Britain’s FIFA vice-president for the next four years, replacing Northern Ireland’s outgoing Jim Boyce in May.

Gill, who is also vice-chairman of the FA beat Welsh FA president Trefor Lloyd Hughes by 43 votes to 10 in the election at UEFA congress in Vienna today, where Michel Platini was re-elected for a third term as president of the European football body.

Along with Lloyd Hughes, Scottish FA president Campbell Ogilvie also failed in an attempt to be elected onto UEFA’s executive committee. There were 12 candidates for seven available seats, and in the second round of voting Lloyd Hughes only managed one vote from a possible 54.

FA chairman Greg Dyke has said he wants Gill to be one of the ‘awkward squad’ at FIFA, asking the tough questions while also keeping an eye on financial dealings.