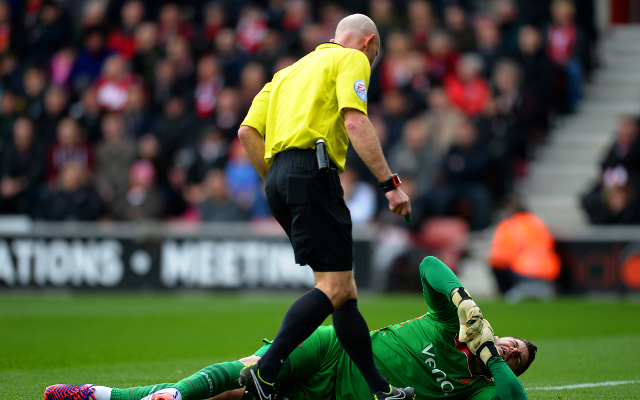 Southampton have been handed a blow in their attempts to finish in the top four following news that first choice goalkeeper Fraser Forster will miss the remainder of the season with a knee injury.

There was visible concern around St Mary’s when Forster called to the bench having cleared the ball, and felt his knee give way, during Southampton’s win over Burnley, and the club’s fears have since been confirmed.

Forster has played a major role in a defensive unit that has only conceded 21 goals this season, making the Saints the best defensive side in the division.

“Fraser is an outstanding goalkeeper and has been a huge part of our success this season. While this is a challenging situation, we look forward to him returning to action as soon as he is fully fit,” Southampton director of football Less Reed said (via Sky Sports).

The early prognosis for such an injury is nine to twelve months out according to the report, but that hasn’t been confirmed yet by the Saints medical staff, as they wait to see how Forster’s knee recovers from the major operation.

Kelvin Davis will now have to call upon his massive experience as Ronald Koeman’s men continue their chase for a finish that earns them European football for next term.