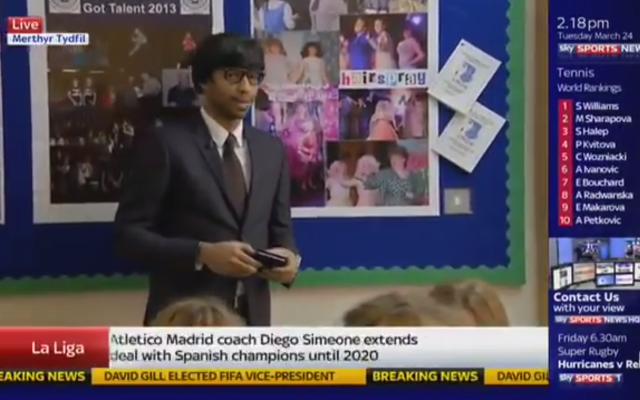 A special moment saw television pundit and Arsenal legend Thierry Henry try his hand at acting, and surprised one young schoolgirl, disguising himself in a dress and glasses, to present her with the ‘Sky Sport Living for Sport Student of the Year for Wales’ award.

Despite it being fairly obvious who was behind the disguise, the class was clearly dumbfounded by his interruption to their lesson!

Luckily no one fainted… Have a watch here!