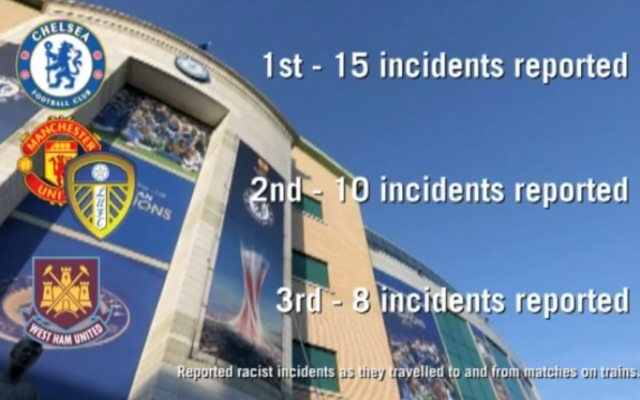 An investigation by the Press Association of 24 police forces across England has found that there has been a staggering 350 racial incidents reported from grassroots football through to the Premier League.

However, given there are 43 police forces in the country, this figure could be much higher than the enquiry found.

Chelsea, who have been involved in damaging controversy after their supporters were involved in a high-profile case of racism in refusing a black man entry on a Paris metro train in February, are leading the number of reported cases.

The title-leaders may be flying high in the league, but the Blues are also topping an unsavoury table – having had 15 cases of racial abuse reported to the authorities since 2012 – the highest of any club.

Manchester United come in at joint-second with Championship outfit Leeds United on 10 reported cases, while West Ham United have had the next highest, recording eight separate incidents.