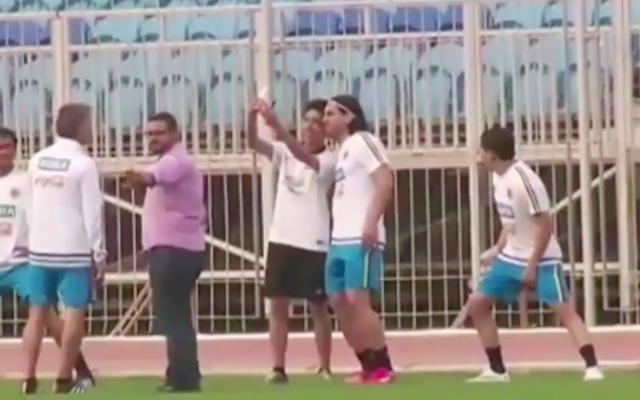 Given the reports Radamel Falcao has been in tears over his failed Manchester United spell, he probably needs as many hugs as he can get.

But despite what Red Devils fans might think of the Colombian, he’ll always be a mega star throughout the world.

And whilst he trained with Colombia in Bahrain this past week ahead of their international friendly on Friday a kitted up Manchester United fan sprinted onto the pitch toward the striker.

And of course, there’s only one thing he wanted; a selfie. Of which Falcao dutifully obliged.