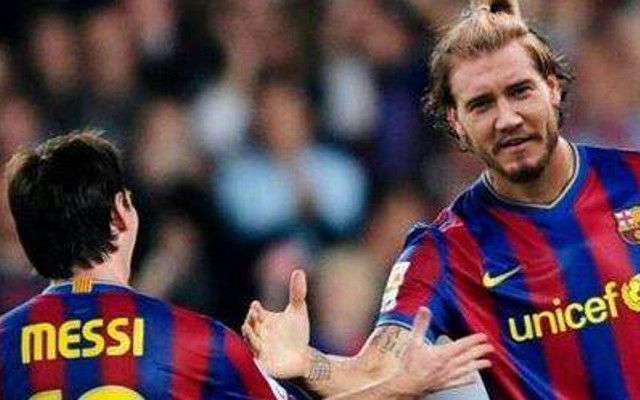 Should Arsenal have let Nicklas Bendtner leave for Wolfsburg last summer? At the time it seemed like a good idea, but after seeing this hat trick for Denmark you might think again.

The 27-year-old scored three against the USA on Wednesday to help the Danes to a 3-2 win over the Americans.

It even included a Dennis Bergkamp-esque last minute winner, making Gunners fans think, what might have been?

Arsene Wenger let the forward go before the season got underway, and signed Danny Welbeck from Manchester United to bolster the ranks up front.

The England international has had a solid, if unspectacular first season at the Emirates, but the real story has been the great form of Olivier Giroud. The Frenchman has managed to score 17 goals in 27 appearances this campaign.

However, should the North London club have given ‘the Lord’ another chance in the Premier League?