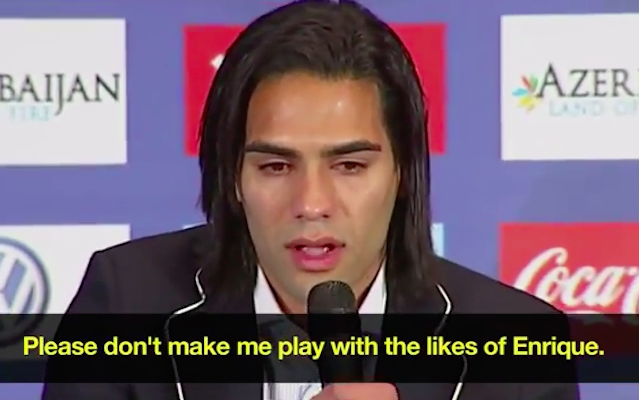 On-loan Manchester United striker Radamel Falcao has publicly addressed transfer rumours linking him with a move to Liverpool football club for the first time, breaking down in tears during an emotional press conference.

The Colombian has proven something of a flop during his season long loan spell, scoring just four Premier League goals thus far this season, and it seems likely Louis van Gaal will pass on the chance to bring in the South American on a permanent basis.

That said, a move to Anfield is unlikely, though a good basis for this spoof video.

Taking footage from Falcao’s last, emotional press conference at Atletico Madrid before he left for AS Monaco, talkSPORT have subtitled the footage to make it appear as if the forward is crying over simply being linked with a move to Liverpool recently in the press.