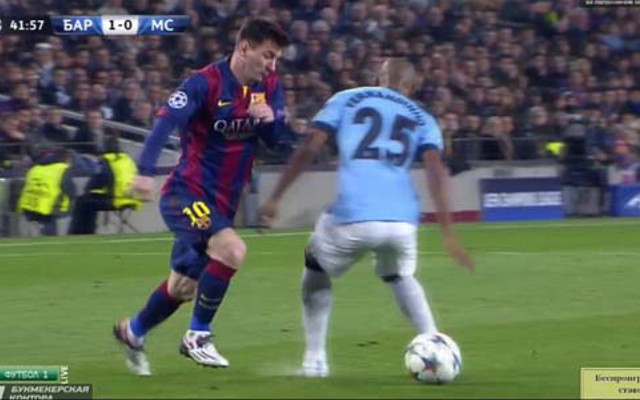 Lionel Messi has an amazing ability to make his opponents look incredibly foolish, and no more so than when he leaves them on the floor after a cheeky nutmeg.

The Barcelona star was at his nutmegging best as he dumped Manchester City out of the Champions League last week, with the Premier League champions totally unable to handle the Man of the Match and his bag of tricks.

He has unbelievably quick feet, and his reactions are second to none. You leave yourself open to the nutmeg once you commit to a tackle against the diminutive Argentine, as many of his European and La Liga opposition have discovered over the years.

Check out his 50 best nutmegs in the amazing video below:

The 27-year-old has really started to find his form as of late, and has helped Barcelona power their way to the top of the Spanish league.

He will also be hoping to add yet another Champions League medal to his collection, with the Catalan giants now among the favourites to lift the trophy once again.