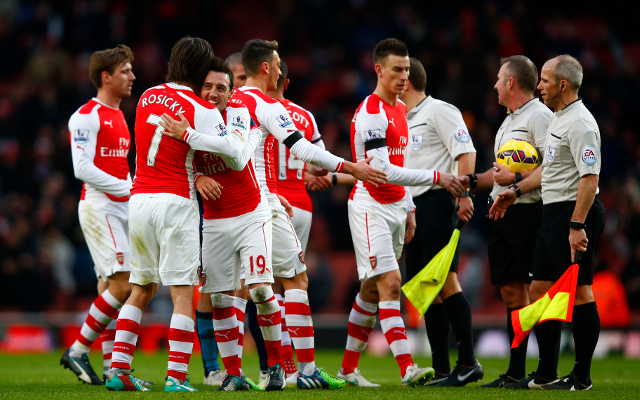 Arsenal and Stoke City are officially the Premier League’s nicest clubs, after both teams responded to fan mail from a class in Saltburn, according to Gazette Live.

After one of the students wrote to, and got a response from the Gunners, his class devised a plan to write to all of the clubs in the top flight, asking a series of questions, including ‘what is the best thing about your manager?’ and ‘which team are your main rivals?’

Of all 20 sides, only seven – Arsenal, Stoke, Liverpool, West Ham, Burnley, Everton, and Southampton – responded, and based on the replies, they were then ranked based on how personal and prompt the letters were.

The Potters and the Gunners – who also sent the class a series of signed photographs – sent fairly in depth letters, with Stoke even complimenting Saltburn, meaning they ranked the highest. Meanwhile, Liverpool sent the least personal reply, so they placed the lowest of the seven clubs.