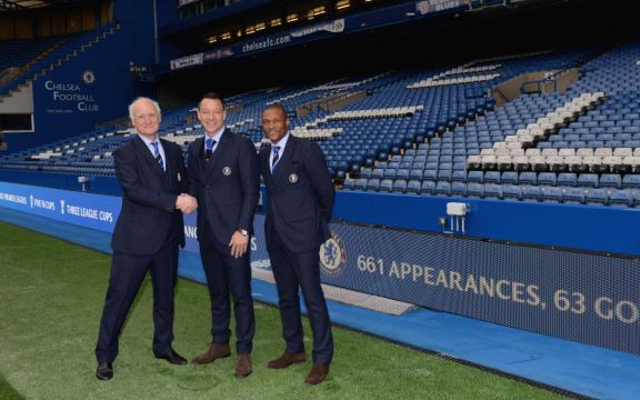 Chelsea captain John Terry has signed a new deal with the Blues that will keep him at the club until the end of the 2015/16 campaign.

The defender’s contract was set to expire in the summer, but the club announced, on Thursday afternoon, that their third all-time record appearance holder will be remaining at Stamford Bridge for another season.

.@ChelseaFC is delighted to announce that John Terry has signed a new contract: http://t.co/LXPUee0aIg#CFCpic.twitter.com/xZsuUAZWjX

Terry told Chelsea’s official website: “I’m delighted to have signed an extension to my contract with Chelsea.

“After adding another major trophy to my collection this month I hope myself, the players and manager can continue to bring success to our club.

“Playing for this great club makes me so proud. And as always I would like to thank the fans who have continually supported me.”

Despite being 34 years old, the Blues skipper remains at the heart of Jose Mourinho’s team, and his performances have shown no signs of dipping, as he has been a pivotal player in getting Chelsea to their current position at the top of the table.

His man-of-the-match performance in the Capital One Cup final victory over London rivals Tottenham Hotspur typified a stunning campaign for the former England international, and he is expected to lead his club to lift the Premier League trophy in May.