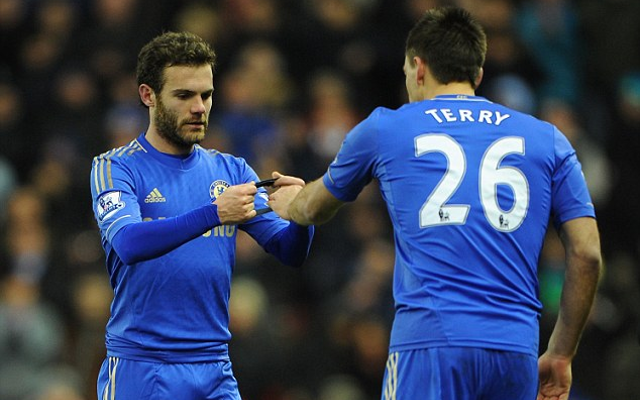 Chelsea defender John Terry has praised manager Jose Mourinho for making some big calls on selling players in his second stint at the club, including Juan Mata’s move to Manchester United.

In an interview with the Sun, Terry gave a glowing account of Mourinho’s time with the club, and believes he has the best judgement with players who may not be putting in as much effort as needed.

Although Mata was one of Chelsea’s best players during his time at Stamford Bridge, Terry has hinted Mourinho was right to let him go when he did.

“He wants the best out of everyone on a daily basis,” the Blues captain said of his manager.

“You look at some of the world-class players we’ve had, Juan Mata, David Luiz, players like that who’ve left the club.

“He’s seen something — I don’t know what — to let those big players go.

“So again, he makes big judgment calls and he gets them right. He also knows when players take their foot off the gas.”