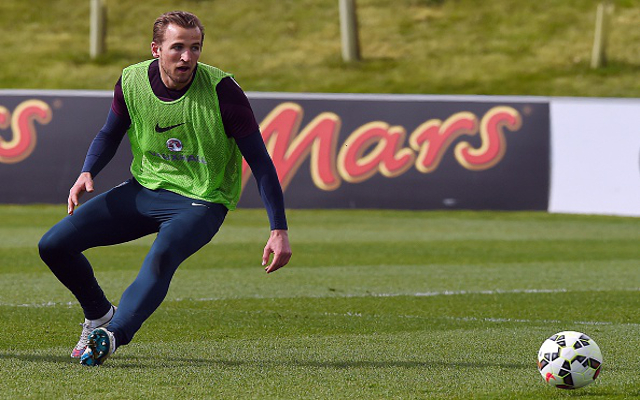 Serie A giants Juventus are reportedly set to be in attendance for next week’s friendly between England and Italy as they seek to take a closer look at Tottenham man Harry Kane, according to the Metro.

The 21-year-old has been in stunning form this term. His hat-trick against Leicester City bringing his Premier League tally to 19, and it’s likely he will start for England in both their upcoming internationals as a result.

Kane’s senior national team debut could come in England’s Euro 2016 fixture against Lithuania on Friday night, and his recent form suggests he’s more than capable of bagging his first Three Lions strike, too.

Juventus are apparently keen to open talks with Kane’s representatives, but one imagines Tottenham will have other ideas on that matter – desperate to keep hold of a player who is quickly becoming as exciting an asset as Gareth Bale was during his Spurs days.

Kane only recently signed a new contract, that runs until 2020, but if, as expected, Mauricio Pochettino’s side fail to secure a top four finish – then no doubt speculation will be rife that he could leave the north London outfit.

A number of sides will surely be tracking Kane, who has 29 goals in all competition this season, and Tottenham may have a struggle to keep the powerful forward long term.

Chairman Daniel Levy is renowned for driving an incredibly hard bargain, of course, (think Gareth Bale and Luka Modric to Real Madrid…) and any potential Kane sale would likely include an astronomical transfer fee.