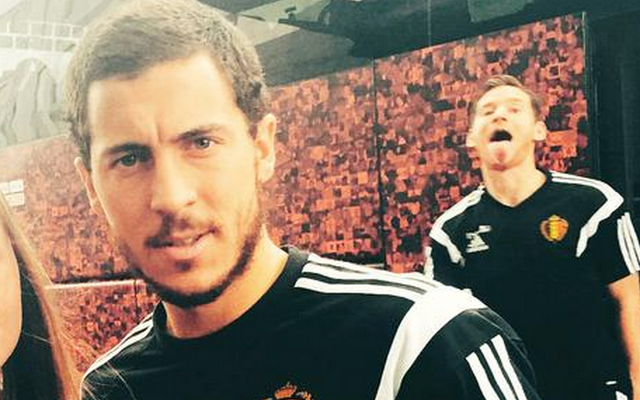 The Belgium squad are preparing for two decisive Euro 2016 qualifiers and, with star striker Romelu Lukaku having withdraw through injury, the pressure’s on, as their place in the tournament is far from guaranteed.

Tottenham defender Jan Vertonghen, however, is in high-spirits, as this photobomb on Chelsea winger Eden Hazard shows.

Jose Mourinho’s men expertly beat Spurs in the Capital One Cup final in March, but the duo have amusingly put their domestic rivalry behind them…

Belgium sit in fourth spot of their Euro 2016 qualifying Group B, but with a game in hand over third-place Cyprus and second-place Wales, they could leapfrog up the table if they do the job in their upcoming fixtures.

Despite great expectation – and an array of top Premier League talent, including Hazard and Vertonghen, as well as Vincent Kompany, Marouane Fellaini, and Thibaut Courtois – and not to mention Vfl Wolfsburg’s assist God Kevin De Bruyne – the Red Devils are yet to light up the international stage.

‘Get Fraudgate out’ – These England fans react after ‘shocking’ performance in nervy win against Belgium October 11, 2020 19:08
England National Team 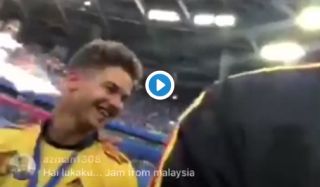