The former mistress of Manchester United legend Ryan Giggs, Imogen Thomas, may be at the ripe old age of 32 now, but she can certainly still set tongues wagging with her banging figure.

The former Big Brother beauty has decided to escape the winter blues by taking a short break in Dubai, and was spotted strutting her stuff down along the beach whilst sipping on a toxic coloured cocktail.

Having soaked up some sun, she struggled to rid herself of a dusting of sand on her legs, but that didn’t stop her from looking outstanding in a bikini that matched her baby blue swimwear.

Thomas’ star has fallen somewhat ever since news of her affair with Giggs died down, but as stated above she can most definitely still command plenty of attention wherever she goes. 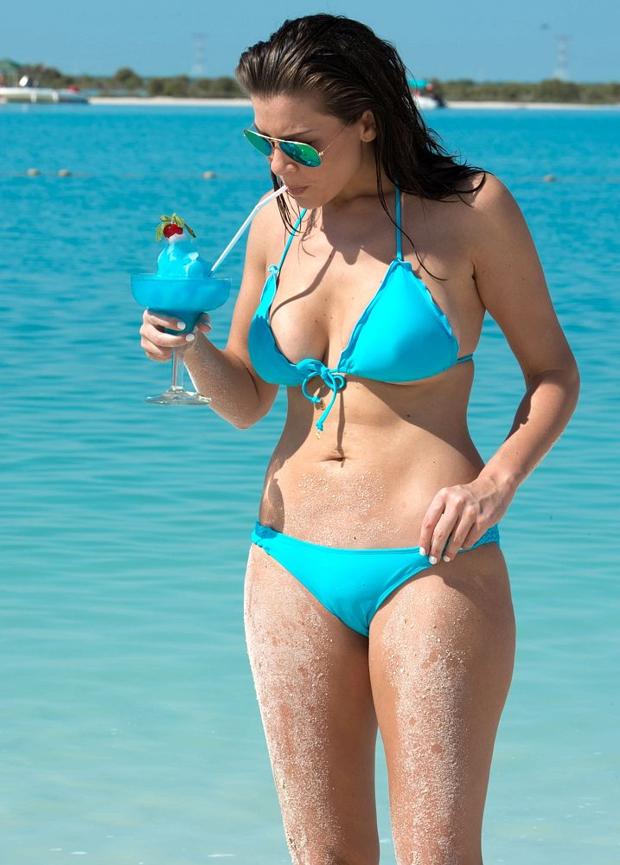 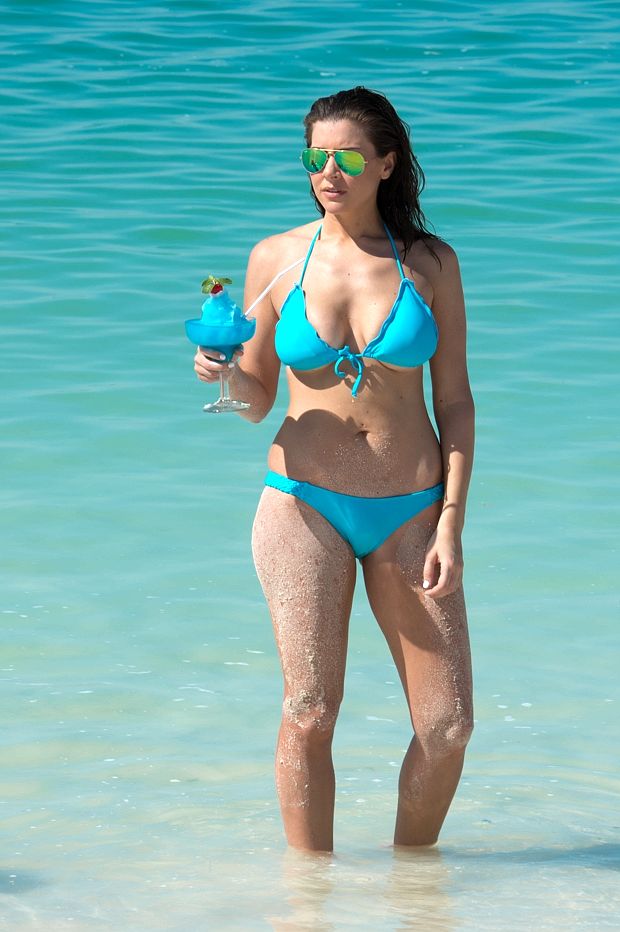