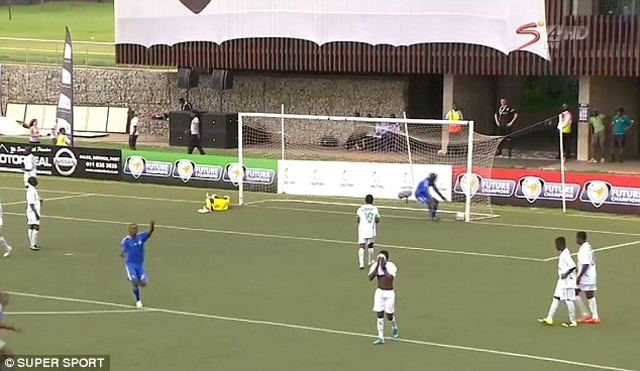 Watch below as Mozambique side Ferroviario Maputo were caught out for celebrating a goal for too long – with their goalkeeper out of position as their opponents scored straight from the following kick-off!

Ever seen a more bizarre goal than this? And is it fair punishment for going over the top with celebrations, or should the other team have been a little more sporting?