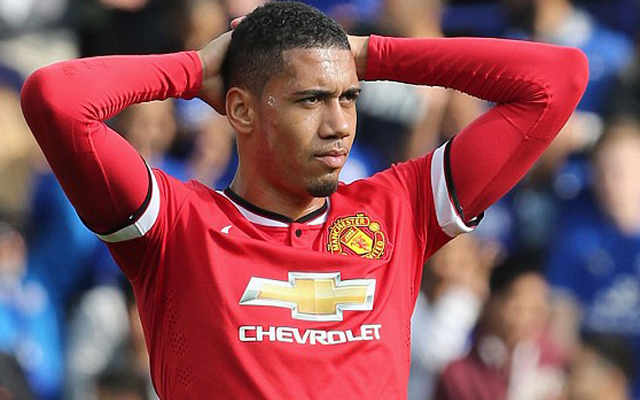 Manchester United look set to reject a £12m approach from Arsenal to sign defender Chris Smalling in this summer’s transfer window, according to the Daily Mirror.

The England international is bizarrely on the Gunners’ radar ahead of next season, with Arsene Wenger clearly in need of improvements at the back – but is this the guy to do it?

Smalling arrived at United from Fulham as a highly promising young player capable of filling in at centre-back or right-back, but five years on he has barely improved at all and makes complete sense as a player for the club to cash in on.

Arsenal’s desperation to bring in a defender should come as great news for United, but the Red Devils must be careful in rejecting offers for this hugely over-rated player, as their rivals surely won’t be crazy enough to pay a great deal more than £12m.

United did well to offload Danny Welbeck last summer – forget his goal against them in the FA Cup, he hasn’t done it at Arsenal – and this is another chance to raise funds to bring in far better players at the back.