40) Paolo Di Canio’s catch – with an empty net to aim for, the controversial Italian showed a superb sporting moment as he caught a cross from a team-mate to allow Everton’s Paul Gerrard to receive treatment after an injury moments earlier.

38) Why always me? – An iconic celebration in a huge game – Mario Balotelli opened the scoring for Manchester City and lifted his shirt to reveal this message in a stunning 6-1 win for City against United at Old Trafford.

37) Arsene Wenger attacks Alan Pardew – In a rare moment of madness from the Arsenal boss, Wenger lost his cool here as his side conceded a late winner to Pardew’s West Ham back in 2006, approaching his opponent with true anger in his eyes as a shouting match ensued.

36) Leicester boss tries to strangle a player – One from this season, Nigel Pearson lost it on the touchline as he put both hands around James McArthur’s neck. 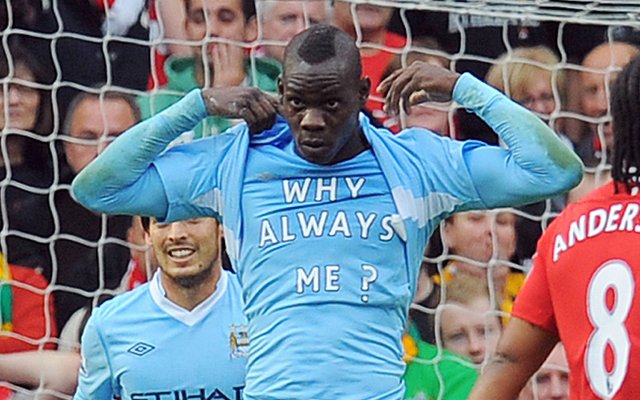