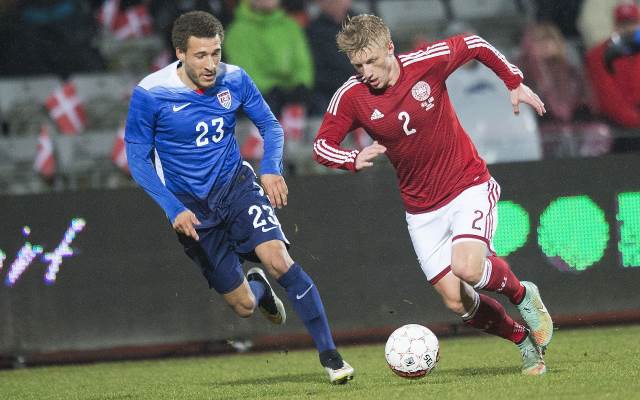 Former Arsenal striker Nicklas Bendtner was the star of the show as the Danes profited from a late capitulation from the States to pick up a friendly victory.

Jozy Altidore opened the scoring for Jurgen Klinsmann’s side on 19 minutes before Bendtner equalised just after the hour mark.

The USA again took the lead, however, through Aron Johannsson on 66 minutes.

Heading into the final seven minutes, it looked as though Klinsmann’s outfit would see out the contest, but a worrying characteristic reared its ugly head again as the USMNT choked.

Bendtner got his second on 83 minutes before finishing off the comeback in the 90th.

Braithwaite, of Toulouse, came on as a sub, while Lars Jacobsen and Jonas Lossl of En Avant de Guingamp, as well as Kian Hansen of FC Nantes, were in the squad.