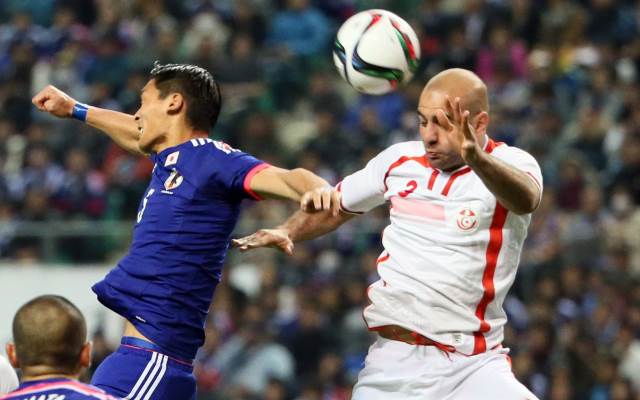 Aymen Abdennour’s Tunisia side were beaten 2-0 by Japan in an international friendly on Friday.

The North Africans held out well against the Asian giants, for whom this match represented Vahid Halilhodzic’s first game in charge, but were undone by two late goals.

Japan were much transformed for the ex-Algeria coach’s maiden match and they took their time to get started before coming together with devastating effectiveness in the second period.

It was Honda who confirmed the victory five minutes later, tapping home after Kagawa’s effort was parried by Moez Ben Cherifia.

Saber Khalifa—currently on loan at Club Africain from Olymique de Marseille entered the fray just after the hour mark.