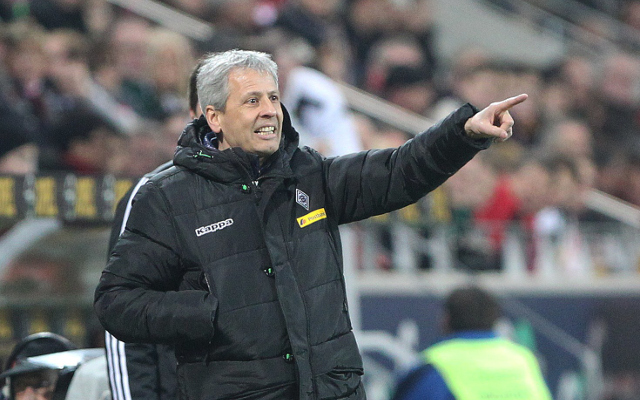 Like their north-east rivals Sunderland, Newcastle United look set to be more focused on recruiting a new manager this summer rather than developing the squad. Alan Pardew left the Magpies for Premier League rivals Crystal Palace in December after four turbulent years with the club, and his long-time assistant John Carver took the reigns until the end of the current campaign; hoping to establish himself as a genuine candidate for the permanent position.

However, with only one win in five games, the 50-year-old may be struggling to impress the movers and shakers at St James’ Park, and according to the Sun, Borussia Monchengladbach boss Lucien Favre has become their latest target.

Favre has led his side to the dizzy heights of third in the Bundesliga, with only the all-conquering Bayern Munich – who Monchengladbach actually defeated last time out – and Wolfsburg ahead of them.

The Sun report, however, that the 57-year-old is also being lined up as a potential replacement for Pep Guardiola at the Allianz Arena should the Spaniard leave the club.

If the interest in Favre fails to materialise into an approach, here are five other candidates that Newcastle may go after:

Despite an uninspiring start to his managerial tenure, there is arguably no-one at the club currently who can summon as much passion for the side as Carver.

Whether the Derby boss moves back to the north – having previously led Middlesbrough to their only major trophy and a UEFA Cup Final – may hinge on whether he can guide the Rams to promotion from the Championship this season. If he fails, the lure of the Premier League may be too tempting for the former England boss.

The Dutch legend is currently the head coach at former club Ajax, and it may be difficult to take him away from a club so close to his heart – especially for one that is not competing in Europe. However, Newcastle’s transfer policy of bringing young players in, and subsequently building them up, mirrors the similar structure of the famous Ajax academy.

The Napoli boss has failed to commit his long-term future to the Italian club, leading to speculation that may be heading back to the Premier League.

Laudrup enjoyed a couple of years with Swansea City, guiding them to 2013 Capital One Cup triumph. But his sacking from the Welsh club probably means the former Denmark international – who is currently managing Qatari side Lekhwiya – has unfinished business in the Premier League.