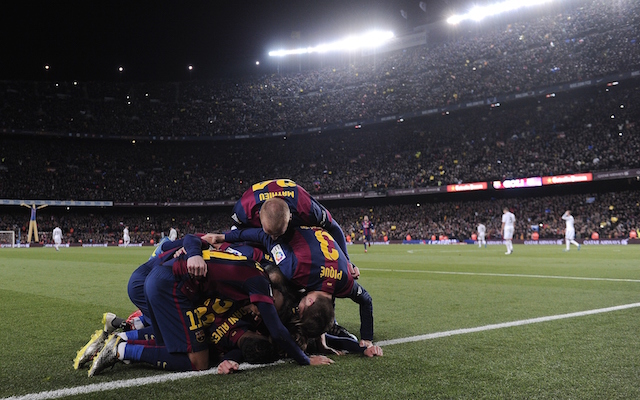 ISIS militants have apparently outlined their stance on football after proclaiming that anybody caught watching last weekend’s El Clasico would be on the receiving end of 80 lashes as they see the game as “a product of the decadent west”, according to the Daily Mirror.

ISIS clerics enforced the ban across sections of Syria and northern Iraq, which are both territories held by the extremists.

However, it if not known how many – or if any – unfortunate fans fell victim to this bizarre and spiteful punishment.

“The warning went out that if anyone was caught watching the game in a bar or even on an internet stream they would be given 80 lashes,” a source from the Kurdistan Democratic Party said.

“Islamic State prohibits the watching and playing of any sport – football especially as it is seen as a product of the decadent West.”

One anti-ISIS group even claimed that 13 teenage boys were shot execution style for watching the recent Asian Cup game between Iraq and Jordan.

Having been discovered watching the clash in the ISIS held city of Mosul, they were rounded up and killed by a firing squad.