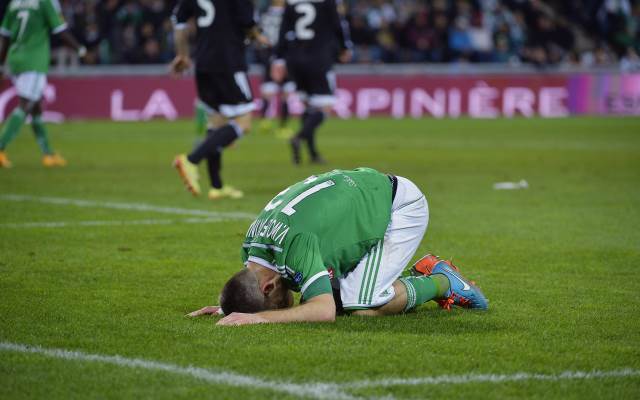 The lack of firepower at the Stade Geoffrey Guichard may well end up costing AS Saint-Etienne a spot in the Europa League.

As things stand in the French top table, ASSE are sitting pretty. After 30 matches they have accrued 52 points and find themselves in fifth place—well on course for a European spot.

Christophe Galtier’s side will be feeling confident; with only eight games to go they are four points clear of Girondins de Bordeaux and indeed, are closer in points to AS Monaco in fourth.

However, one great concern for the Stephanois is their lack of a striker to see them over the line.

Turkish forward Melvut Erding has featured 20 times in the league so far this season but managed only six goals.

Ricky van Wolfswinkel—the striker whose mere mention sends a shiver down the backs of Norwich City fans—has been even worse. In 24 Ligue 1 appearances the on-loan Canaries man has managed just five goals.

By contrast, the two teams beneath the Green and Whites—Girondins de Bordeaux and Montpellier Herault Sport Club—both boast hitmen in superb form in Diego Rolan and Lucas Barrios.

Will the lack of a consistent, effective forward end up costing the 10-time Ligue 1 champions in their quest for Europe?