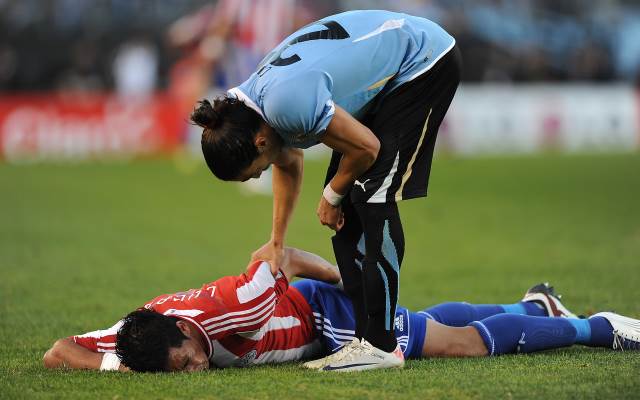 Montpellier Herault Sport Club striker Lucas Barrios was unable to find the net as Paraguay drew 0-0 with Costa Rica in an international friendly on Friday.

The MHSC hitman has been in fine form in Ligue 1 this season. Since joining Montpellier at the beginning of the campaign he has found the net 10 times in 21 league starts.

He has also contributed three assists at club level so far this term, but was unable to have an impact on Paraguay’s battle with Costa Rica in San Jose.

Joel Campbell—the Arsenal forward on loan at Villarreal—was the more lively of the two forwards, but was unable to make the most of a succession of chances.

The South Americans might also feel they ought to have had a penalty when Raul Bobadilla was brought down in the box before the break.