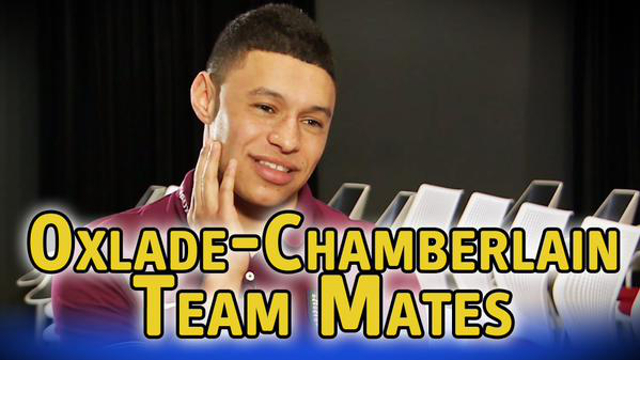 Arsenal and England midfielder Alex Oxlade-Chamberlain has been answering some candid questions about some of his England teammates, and it’s not just the Liverpool duo who come under-fire!

In a funny video interview with FATV, Oxlade-Chamberlain has some harsh words to say about some of his teammates at international level, revealing that Liverpool winger Raheem Sterling can’t dance and that Daniel Sturridge has the worst dress sense!

He also throws Manchester United defender Luke Shaw under the bus by suggesting he is the least intelligent member of the squad.

However, the winger, who is currently sidelined with a hamstring injury that has ruled him out of England’s upcoming fixtures against Lithuania and Italy, does makes sure to say some nice things,  in particular about the captain Wayne Rooney! – A wise move from the youngster!

Check out the hilarious video below: