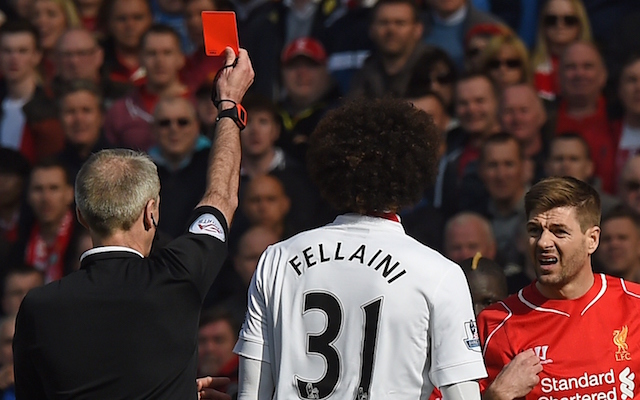 Former Liverpool goalkeeper Pepe Reina has offered his backing to Reds midfielder Steven Gerrard after his recent sending off in the game against Manchester United, the Daily Star reports.

The former England captain was brought on as a half time substitute in the 2-1 defeat to the Red Devils at Anfield, but lasted less than 40 seconds as he immediately received his marching orders for a stamp on United midfielder Ander Herrera.

Gerrard is in his final season with Liverpool after agreeing back in January to join LA Galaxy at the end of this campaign, and has since apologised for this moment of madness that saw him sent off so quickly in what is expected to be his final game against old rivals United.

Still, Reina has defended his old team-mate for his passion and still feels the player has time to go out on a high at Liverpool after a long and successful career on Merseyside.

“He made a mistake in a big game,” the Spaniard said. “If anyone feels these kinds of games deeply on his heart, it’s Stevie.

“He would have liked to say goodbye in a Man United game in a different way, but he’s still got a few games and hopefully they can finish at Wembley in a cup final and it won’t be too bad.”