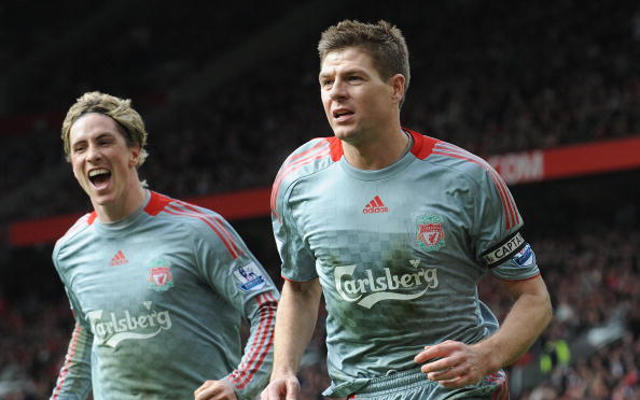 Former Liverpool hero Fernando Torres has revealed that he is looking forward to reuniting with Steven Gerrard as the two players are set to lineup alongside each other at Anfield on Sunday for a charity game, according to the Express.

Torres makes his return to Anfield in a Liverpool shirt for the first time since his departure in 2011, but has returned to the famous ground on many occasions in the blue of Chelsea.

“I can’t wait to play with Stevie again,” Torres told reporters (via the Express).

“I just wanted to have the chance to play with him, even if it is just one last time.

“No-one knows if it is going to be the last time, but be sure that I am going to enjoy it.”

Gerrard chose a star-studded lineup to take on his friend Jamie Carragher’s XI, with many former and current Anfield stars taking part, all in aid of the Alder Hey Hospital foundation (via the Mirror).

It will be interesting to see the reception Torres receives from his former fans.