If there’s one thing Arsenal star Alexis Sanchez loves more than football it might just be his two dogs Atom and Humber.

The former Barcelona man’s Instagram seems to be almost a catalogue of images exclusively dedicated to his pets with his account handle even a tribute to them until it was recently changed…presumably so people could actually find it.

And true to form, ahead of Chile’s friendly with Brazil at the Emirates this weekend, Sanchez has uploaded some snaps of him preparing for the game with his Labradors at Arsenal’s London Colney training ground. 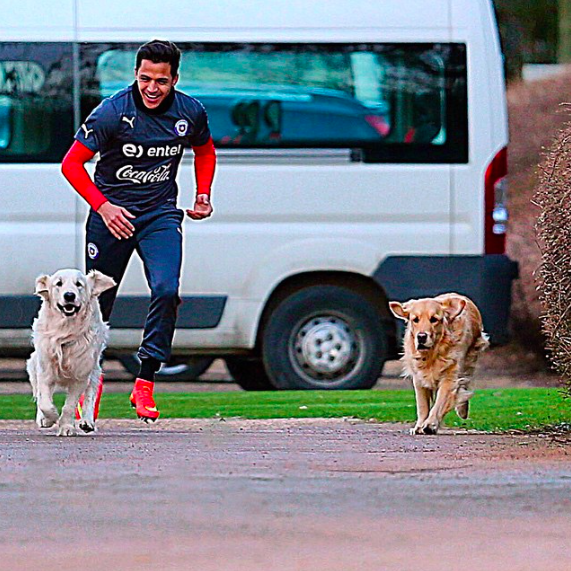 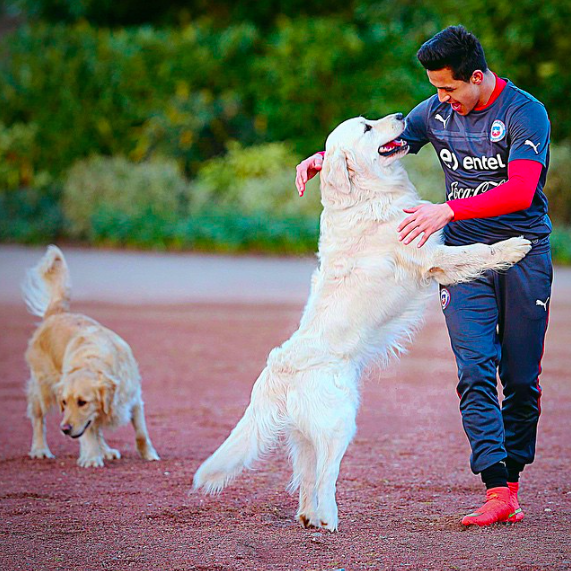 The match on Sunday pits Sanchez’s Chile against Brazil in a rematch of the South American side’s World Cup last-16 clash in the summer which Brazil won on penalties. Sanchez scored the first half equaliser for the Chileans in that match.

It will also see the Arsenal man face former Barcelona teammate Neymar after leaving the La Liga club for North London in the summer.

“I’m so excited and honoured to be playing for the national team of Chile, against our great rivals Brazil, in front of the incredible Arsenal fans at Emirates Stadium,” Sanchez said, reports Daily Mail.

“I also look forward to playing against my good friend Neymar.

“Matches between Brazil and Chile are always exciting encounters, and for me, to play this game at Emirates Stadium will make the match even more special.”