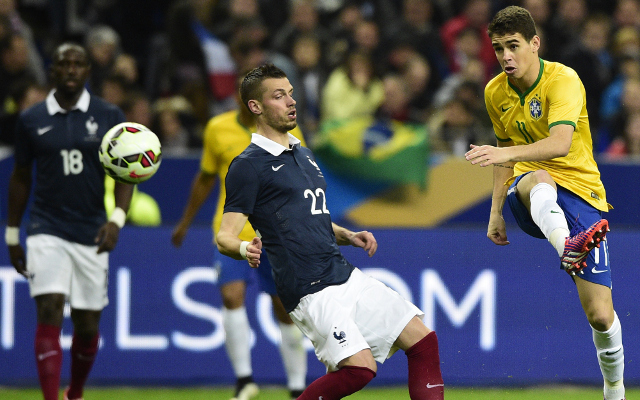 Italian side Juventus reportedly sent scouts to watch Chelsea playmaker Oscar during Brazil’s 3-1 victory over France, ahead of a big money bid in the summer, according to the Daily Star.

The representatives from the Serie A club were likely to be impressed with the performance of the 23-year-old, who got the equaliser, following Raphael Varane’s opener. Neymar and Luis Gustavo then led Dunga’s side to their seventh consecutive victory since their World Cup campaign ended in humiliating defeats to both Germany and the Netherlands last year.

The midfielder has been an important part of Jose Mourinho’s plans at Stamford Bridge also. He has made twenty-four appearances in the Premier League this season, scoring six goals, and helping the Blues reach the summit of the top flight, and win the Capital One Cup.

Having spent £25m to bring the former Internacional man to the club in 2012 and the Daily Star report that the runaway Serie A leaders would be willing to part with £29m to secure Oscar’s services.