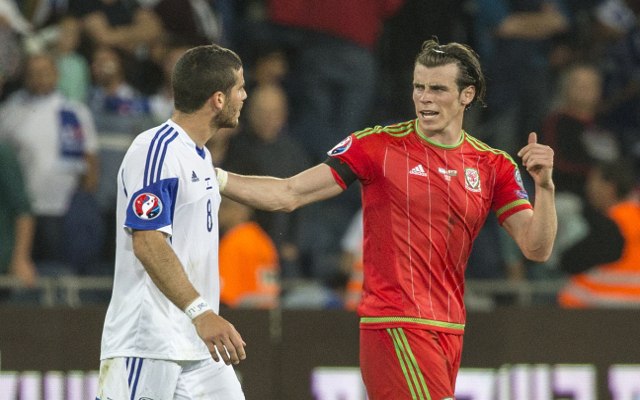 The Bernabeu star has come in for a great deal of criticism, much of it unwarranted, in recent months but proved his killer instinct in front of goal in his side’s 3-0 win over Israel.

Aaron Ramsey had put the away side in the lead on the stroke of half-time and Gareth Bale doubled their lead with a free-kick.

Aaron Ramsey then turned provider, laying on for Bale who fired home his second, and Wales’s third towards the close of their tie with Israel.

The win takes Chris Coleman’s side top of group B having won three and drawn two of their first five fixtures.

Gareth Bale had a standout campaign in his debut season in Spain, netting 22 goals in all competitions, but he has failed to hit the same heights in his second term at Real Madrid.

Carlo Ancelotti’s side have seen a dip in form lead to arch rivals Barcelona overtaking Real Madrid at the top of La Liga.