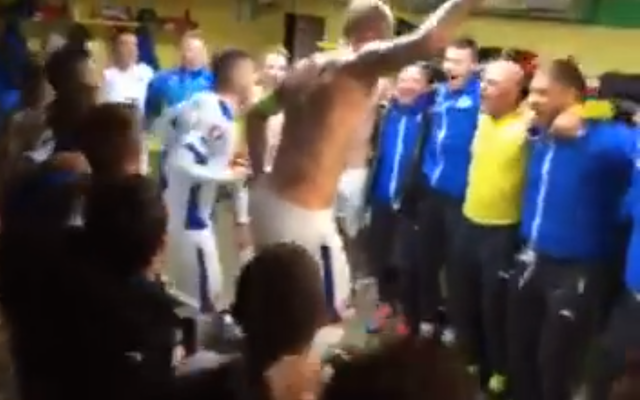 Slovakia have released a clip of some particularly passionate and inspiring celebrations from the national side after they maintained their 100% record in Euro 2016 qualifying with a 3-0 win over Luxembourg.

Liverpool’s Martin Skrtel led the chants with the help of defender Jan Durica who was slapping a drum to conduct the chants of his teammates and coaching staff.

And they had good reason to be so jovial, Slovakia were 3-0 up at half-time and are very close to confirming their spot at Euro 2016.

Adam Nemec, Vladimir Weiss and Peter Pekarik all scored for their national side before the break.

There was little of note in the second half as both sides seem content with the scoreline.

The win still keeps Slovakia above defending Euros champions Spain who claimed a crucial 1-0 win for Vicente del Boosque’s side over Ukraine on Friday night with a first international goal for 22-year-old Juventus striker Alvaro Morato who started in the absence of Chelsea’s Diego Costa.