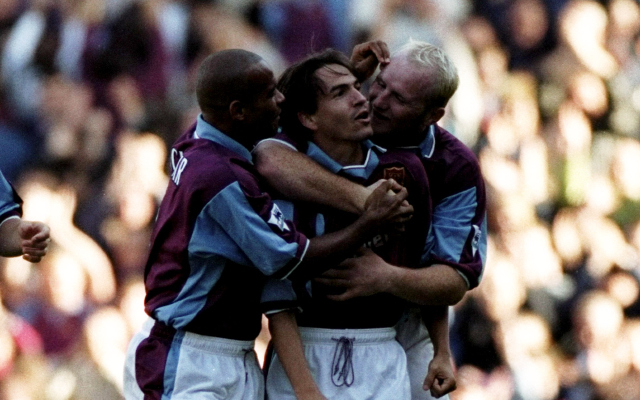 The pair enjoyed a successful period together at Upton Park, where 22 goals between them during the 1997-98 season guided Harry Redknapp’s side to eighth in the Premier League table, one point and one place off a UEFA Cup qualification spot. Despite this, they fell out very publicly just weeks into the following season.

Berkovic was lying on the ground seemingly injured, when the former Arsenal forward attempted to pick him up. The midfielder struck out at Hartson, before the Welsh international brutally kicked Berkovic in the face.

Hartson has since expressed deep regret over the incident, and the pair were photographed together not long after that day, having appeared to patch things up.

Fast forward nearly two decades, and Hartson took to his Twitter page to post a snap of the two retired players in a Haifa café, and it appears that the former Celtic striker was as surprised as anyone else to meet his former teammate.