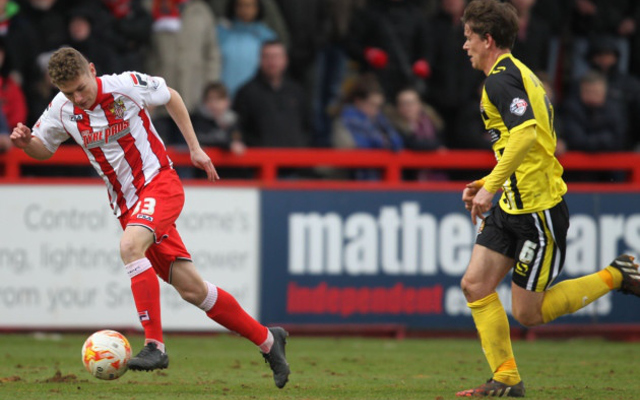 Photo courtesy of The Comet newspaper

Kenedy looked set to be the subject of one of the summer’s most hotly contested transfer sagas. The Brazilian starlet is wanted by a host of Premier League clubs. But it now appears that the Fluminense playmaker will not be the only player with that surname – admittedly spelt differently – that will be at the heart of a bidding war between English sides.

According to the Mirror, north London rivals Arsenal and Tottenham have developed an interest in Stevenage youngster, Ben Kennedy, despite the 18-year-old having only played four games for the League Two club.

However, Kennedy has made a frighteningly immediate impact for the Boro, scoring three goals. He is also a Northern Ireland under-19 international, getting on the scoresheet during their 1-1 with the Netherlands on Thursday.

Kennedy – who can play as a midfielder or striker – only signed his first professional deal with the side lurking three points outside the play-off positions in February.

The Mirror also suggest that Manchester City may be looking at the player.