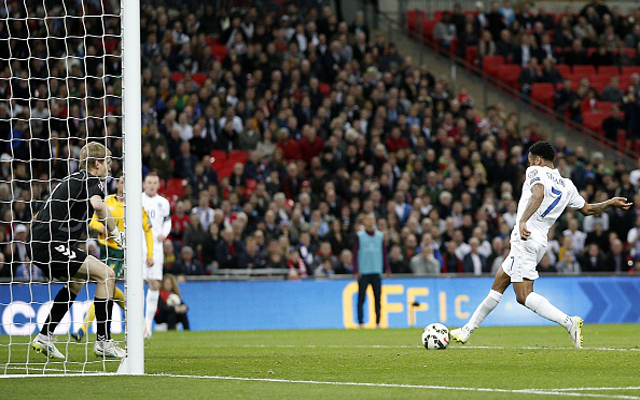 Arsenal are reportedly set to make a move for Liverpool contract rebel Raheem Sterling according to the Daily Mirror.

Arsene Wenger is known to rate the 20 year old England man and wishes to take advantage of the attacker’s uncertain future at Anfield.

The Daily Mirror claim Sterling has brought an end to contract talks until the end of the season and Liverpool may be concerned that he may have his head turned by interest from Europe’s ‘Elite’ with this source claiming Real Madrid and Man City are also interested.

Liverpool have offered Sterling a £90k a week deal but that offer has not been accepted and this may open the door to prospective suitors.

The Daily Mirror claim Arsenal have the financial pulling power to land Sterling and are also ready to sell Theo Walcott to make room for the Liverpool man.

Liverpool boss Brendan Rodgers elected to convert Sterling into a central striking weapon this term, chiefly due to the poor form shown by summer signings Rickie Lambert and Mario Balotelli, and the former QPR youth team star has proven very adept in the role.