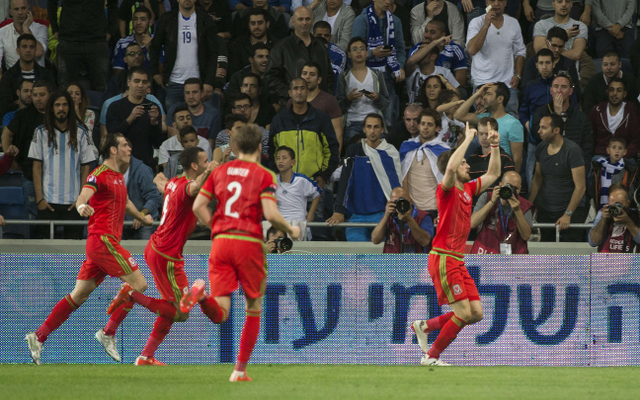 Arsenal midfielder Aaron Ramsey was visibly emotional after putting Wales in front against Israel in a 3-0 win which put Chris Coleman’s side in a wonderful position to qualify for their first major tournament since 1958.

Ramsey and Gareth Bale tore Israel to shreds as the two combined for their respective goals, either side of a glorious free kick from the Real Madrid star. After heading Wales in front, Ramsey pointed to the sky in an emotional manner and later revealed his reasons for this.

Speaking to BBC Sport, Ramsey said that his nan passed away during the week and that his goal and the win was dedicated to her. Despite not hitting the heights of last season, the Arsenal man has continued to score some big goals.

“My nan passed away at the weekend, so it has been really tough and my goal was for her,” Ramsey said (via BBC Sport).

“I’m glad I could score a goal for her and I know she’s looking down in me.”

Hamstring injuries have halted Ramsey progress this season but after three goals in his last four for club and country, Arsenal’s FA Cup winning hero will be instrumental should they retain their trophy.