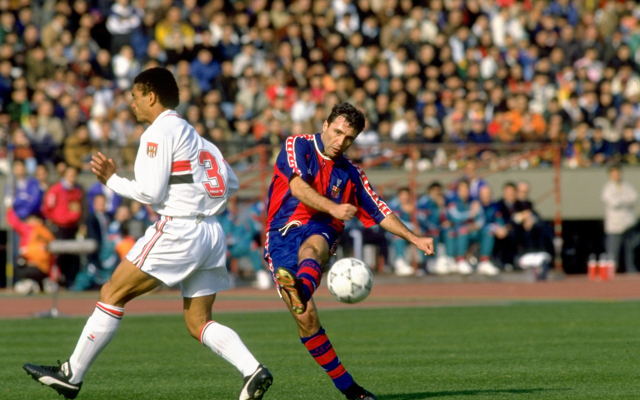 Stoichkov had already enjoyed a successful five period with the Spanish giants, winning the league title four years in a row, when he returned for a second spell in 1996 after a year with Italian side Parma.

When the 1994 World Cup’s top scorer returned to the Nou Camp, he worked briefly with Sir Bobby Robson and Jose Mourinho. The current Blues boss remained with the club after Robson left, under the guidance of Louis van Gaal. And while the Catalan side won the league again in 1998, Stoichkov does not remember the period working under the Dutchman so fondly.

The forward, who scored eighty-four La Liga goals during those two spells, blames van Gaal for his second exit from the club.

“I have no respect for him, he’s garbage,” he said.

Despite the acrimonious end to his time in Spain, Stoichkov holds no ill feeling towards Mourinho, and credits his work-ethic.

“He was already a coach, but he never thought he was worth more than [Bobby] Robson.

“Mourinho understood everything. He knew everything about our team, and our opponents,” the former Bulgaria striker added.