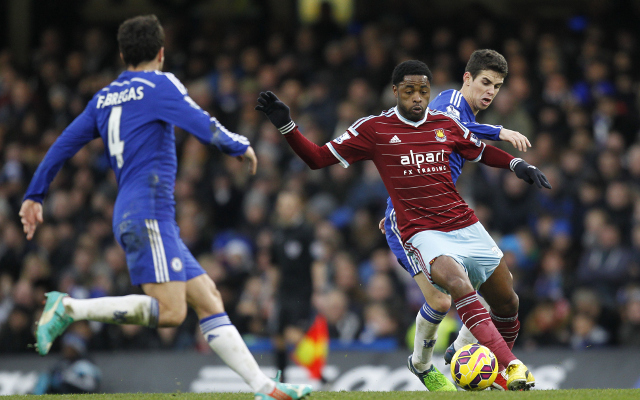 Chelsea have emerged as surprise candidates to sign Barcelona midfielder Alex Song in the summer, according to the Metro.

The 27-year-old is currently on loan at Premier League rivals, West Ham, having made 22 league appearances in the top flight this campaign.

After making a good start to life at Upton Park, his performances have stalled recently, and the Metro believes that the Hammers will not take up the option of signing him permanently at the end of the season.

The Metro report that Jose Mourinho considers the Cameroonian as a potential backup option for former Barcelona teammate Cesc Fabregas, and Nemanja Matic, and would be willing to pay the £10m that it would apparently require to take him to Stamford Bridge.

If Song does join the Blues, then they will be his third London club, having also spent seven years with Arsenal before his unsuccessful spell in Spain.