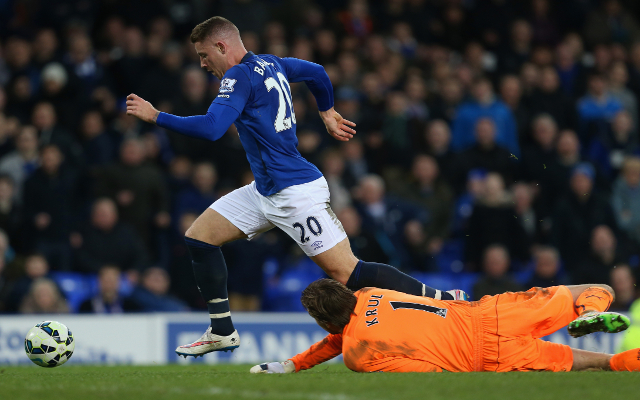 Chelsea have set their sights on two big money summer additions according to the Daily Star.

Though Jose Mourinho’s side are sitting pretty at the top of the Premier League, six points clear and with a game in hand, it appears the Blues boss is still keen on strengthening his squad when the transfer window re-opens.

The Daily Star claim the West London side will battle Man City in pursuit of Everton midfielder Ross Barkley, with the 21 year old reportedly having a £50m price-tag.

And it appears that as well as beefing up his midfield contingent Mourinho also wishes to bring in a fresh central defensive option.

Mourinho has been given the all clear to make a £40m offer for Real Madrid youngster Raphael Varane according to the Daily Star.

The Chelsea manager knows the Bernabeu youngster well from his time in charge of the Spanish giants, indeed it was Mourinho who brought the player to the club back in 2011.

Whilst moves to sign this duo won’t come cheap it’s fair to say that such an outlay would prove a good investment, with both starlets considered among the best of their generation.