Reports in the Daily Express on Friday claimed that Chelsea are preparing a shock move for Tottenham Hotspur striker Emmanuel Adebayor, as Jose Mourinho searches for an experienced forward to replace Didier Drogba.

Mourinho worked with the Togo international during his time at Real Madrid, and by all accounts the pair have a good relationship. However, it would come as a huge surprise if he were indeed to move for an ex-Arsenal and Tottenham player, who’s scored just twice this term.

Of course, there have been plenty of strange signings at Stamford Bridge throughout the Roman Abramovich era. In the list below, we list the worst nine offenders, a list that Adebayor will desperately be trying to avoid, should he ever make the surprise switch!

The Portuguese made 125 appearances for Chelsea, but never truly lived up to his impressive price tag, as Branislav Ivanovic eventually became the Blues recognised right-back. Frustratingly lazy and consistently casual, he eventually left for Queens Park Rangers. 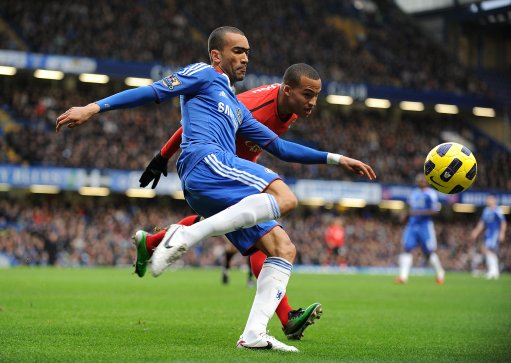