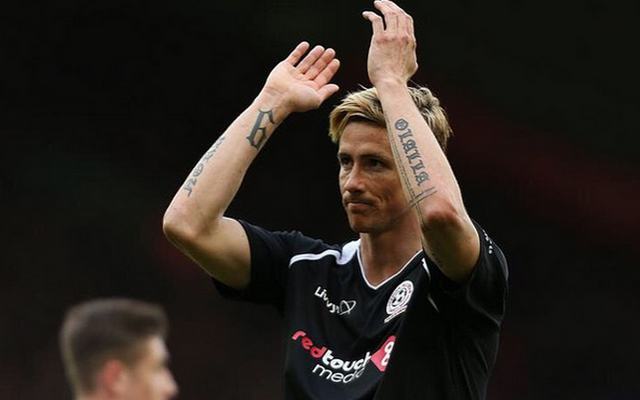 Fernando Torres has spoken of his dream return to Liverpool, and confesses that he wasn’t expecting such an astonishing welcome at Anfield.

The striker was given a standing ovation, along with Luis Suarez, on the pair’s return to Anfield for the Reds’ all-star charity match on Sunday afternoon, with the teams picked by the departing skipper Steven Gerrard, and retired fan favourite Jamie Carragher.

The Atletico Madrid forward would be forgiven for believing his welcome might be slightly unsavoury, given his £50m move to Liverpool’s Premier League rivals Chelsea in January 2011, however the response was quite the opposite.

Torres admits the sound of the fans singing his famous chant ‘Fernando Torres Liverpool’s number nine’ left him feeling emotional, and is a moment that he will never forget.

“It was just very emotional,” as quoted by the Daily Mail.

“I didn’t know how to react because I was not expecting them to sing the song which I still remember.

“Those three and a half years changed my entire life and I remember every important moment there was always that song from the Kop.

He continued: “Everybody knows Liverpool fans are different class and for me today it is one of those things you can only dream about.

“It is just amazing to be able to be here and I just want to thank everybody for the welcome.”