Ahead of International minnows Gibraltar’s game against Scotland in a 2016 European Championships qualifier at Hampden Park, one of the main talking points leading into the game were the occupations of some of the visiting players.

SEE ALSO:
What!? 6ft-plus Real Madrid wonderkid, who is wanted by Liverpool & Man United, SNUBBED by Scotland Under-19s for being TOO SHORT
(Image) Scotland Fans The Best In Europe When It Comes To Attending Matches
(Video) Awesome Over-The-Shoulder Volley In Scotland 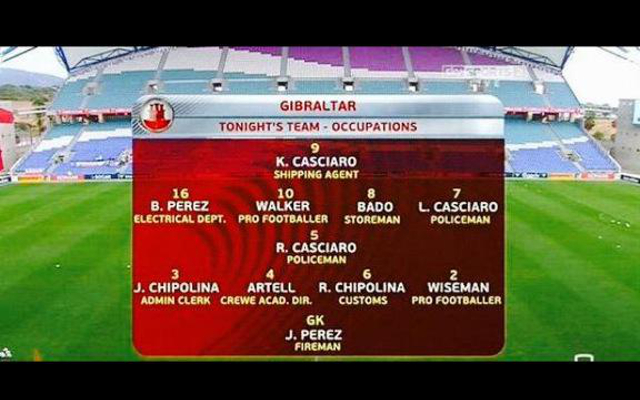 As seen in the line-up from the Georgia game last November, only Preston North End’s Scott Wiseman is a current professional footballer, while former Portsmouth midfielder Liam Walker now plays in Israel, and the rest of the team is made up of a mixture of a fireman, policeman and shipping agent among other job titles.

As expected they lost by a big margin against Scots and have proven to be the whipping boys of the group, losing all five qualifying games, conceding 27 goals in the process, but they were able to make history by scoring their first ever competitive goal.