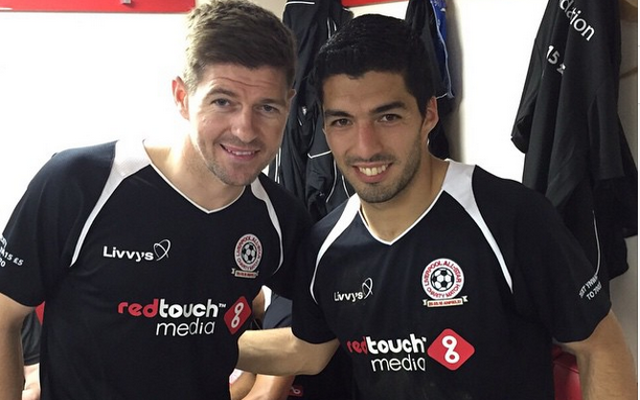 Luis Suarez left Liverpool for Barcelona last summer and got a good reception from his former fans during an entertaining charity clash.

XI’s selected by Steven Gerrard and Jamie Carragher went head to head in a 2-2 draw in a match that was held to raise funds for the Alder Hey Children’s Charity.

The Uruguayan has something of a sticky start at the Nou Camp, his debut having been delayed due to the lengthy ban he received for his World Cup biting antics, but in recent weeks Suarez has found his feet and his winning goal in El Clasico is proof that the South American has now ‘arrived’ at the Catalan club.