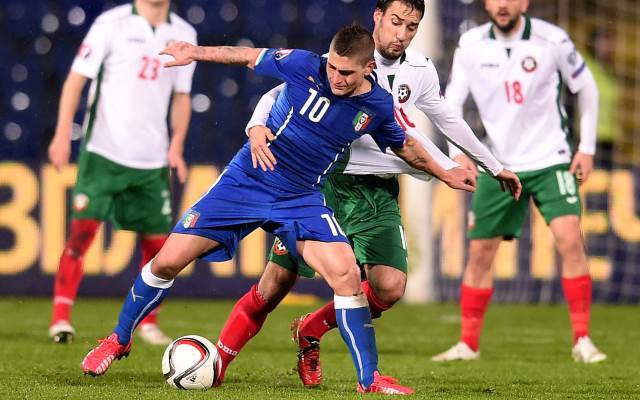 Paris Saint-Germain’s Marco Verratti and Salvatore Sirigu played 90 minutes each as Italy dropped two points away at Bulgaria with a 2-2 draw.

While the Azzurri may be disappointing at having dropped points, they will be pleased with the impact of debutant Eder.

The Sampdoria striker, who was born in Brazil, replaced Simone Zaza on 58 minutes and saved face for the Italians with a delicious 84th-minute shot following an assist from Giorgio Chiellini.

Italy took the lead as early as the fourth minute when Yordan Minev put the ball into his own net following an error from Nikolay Mihaylov.

Bulgaria responded superbly, however, and within 15 minutes they had taken the lead—Ivelin Popov and Ilian Micanski putting them ahead as the visitors lost their composure and PSG keeper Salvatore Sirigu was forced to pick the ball out of his net twice in quick succession.

Indeed, it would have been three inside the first half had Popov’s effort not rattled the woodwork.

Bulgaria looked like holding on for a famous victory until Eder make his superb introduction.