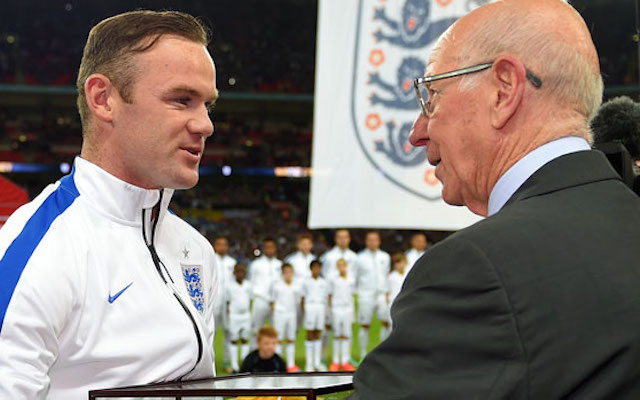 Roy Hodgson has said that Wayne Rooney must start delivering at major international tournaments if he wants to be remembered as an England great on par with the likes of Sir Bobby Charlton.

Rooney edged even closer to breaking Charlton’s Three Liones goals record on Friday night against Lithuania, scoring England’s first before hitting the bar twice in the first half.

But the current England boss Roy Hodgson says if the Manchester United man wants to be remembered as and England great on par with Charlton then he must be able to prove himself on the international stage.

“To do it, a player would have to be very successful at a European Championship or World Cup as Bobby Charlton was,” said the England boss, reports BBC.

Whilst Rooney has yet to go past the quarterfinal stages in any of his five big tournament appearances and has only scored in one of his three World Cup, Charlton was a part of the famous side that lifted the 1966 title.

“People would argue Bobby was England’s best ever player – there wouldn’t be many of my age who would have him outside the top three,” said the 67-year-old Hodgson.

“If Wayne can break into that in the future when he stops playing, then that is fantastic for him.

“Bobby Charlton, for me, is up there on a pedestal and it will take time for any of the modern-day players to get up to that level.”

The England captain may have a chance to further his scoring record against Italy on Tuesday night in Turin but as Hodgson says; unless he starts delivering in major tournaments and inspiring his national side on he is unlikely to remembered as a Three Lions great.