Wayne Rooney’s goal against Lithuania on Friday was his 47th in England colours. It was a strike that has moved him to within two of the all-time Three Lions scoring record of 49, currently held by 1966 World Cup winner Sir Bobby Charlton.

For Rooney, surpassing the record seems an inevitability, and he’ll have his latest shot and closing the gap on Charlton when England take on Italy in a friendly match on Tuesday.

However, Friday’s 4-0 win – our fifth in succession in Euro 2016 qualifying – also brought us Harry Kane’s first England goal. The Tottenham Hotspur man, 21, took just 78 seconds to break his international duck, and already has his eyes on bigger things.

With that in mind, we’ve put together a list of five young strikers who could one day break Rooney’s England goal record…

The 20-year-old has scored two goals in five games for England’s Under-21 side thus far, and the powerful forward looks a bright prospect for the future. Currently with Championship side Fulham, for whom he’s scored four goals thus far, he was thrown into the mix at the end of the last season, when he led the line in a Premier League relegation fight. However, he’s still very raw at this stage. 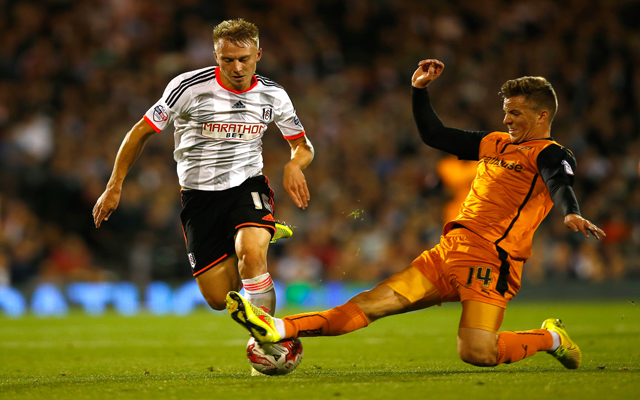