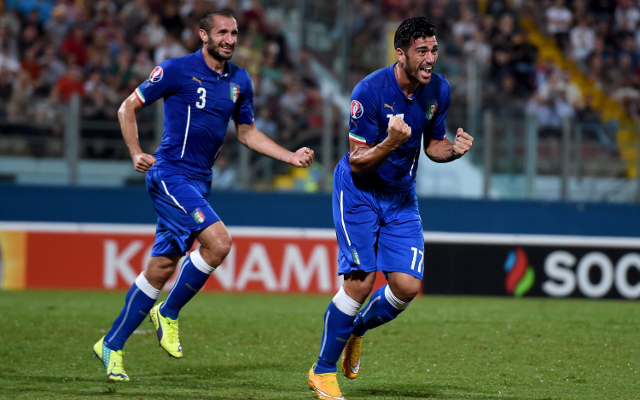 Italy boss Antonio Conte has taken the slightly unusual move of naming his starting eleven for their upcoming friendly against England, twenty-four hours before the game.

The manager has made eight changes from the side that scraped a 2-2 draw in Bulgaria on Saturday, with only defensive trio Matteo Darmian, Leonardo Bonucci, and Giorgio Chiellini keeping their place for the game at Juventus Stadium.

The country’s most capped player, Gianluigi Buffon will make his 147th appearance when he returns for the clash at his home ground.

Southampton striker Graziano Pelle did not feature in the European Championship qualifier, but does regain his place to earn his third cap.

The hero of the game in Sofia, Eder, who came off the substitute’s bench to score the 84th minute equaliser, is handed his first start for the Azzurri, alongside Pelle.

Despite managing a relatively inexperienced squad, Conte has elected to only hand one player his international debut, and that is Empoli’s 28-year-old central midfielder, Mirko Valdifiori.

Here is the team in full: