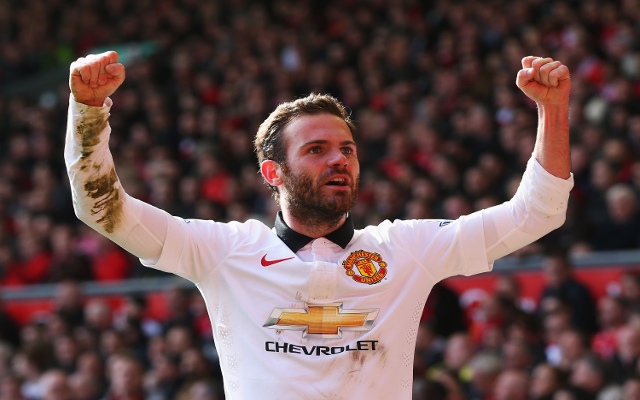 Manchester United’s man of the moment Juan Mata is looking forward to an exciting month of club action following the culmination of the last international break of the season.

Mata had his name up in lights before the current break – after netting a wonderful brace against Liverpool at Anfield to send Man United five points clear of their nearest rivals in the race for the crucial fourth place.

“We are in the last stage of the Premiership, with just eight weeks ahead: eight crucial games to determine where we will finally stand on the table,” Mata wrote on his personal blog.

“Personally, I think setting our goals game after game is the right thing to do, trying to win as many of them as possible and keeping the momentum following these two wins versus Tottenham and Liverpool. I check the calendar and I see four big games for us in April: Aston Villa, Manchester City, Chelsea and Everton.

“All of them are big clubs and we want to show that we can beat them, getting close to our goal and also making our fans happy.”

Mata has regained his place in the team and is now very much part of Van Gaal’s plans as summer signing Angel di Maria continues to struggle with the weight of expectation following a British record move in 2014.

Before Di Maria, Mata was Man United’s record signing (via BBC Sport) and hadn’t done so very much to justify the £37.1m price-tag himself. After a man of the match performance at Anfield however, he will certainly hope to build on the momentum.

Mata’s bagged eight goals in all competitions this season, but will hope to build on this tally – which is nowhere near his career best of 20, registered with Chelsea in 2012/13.