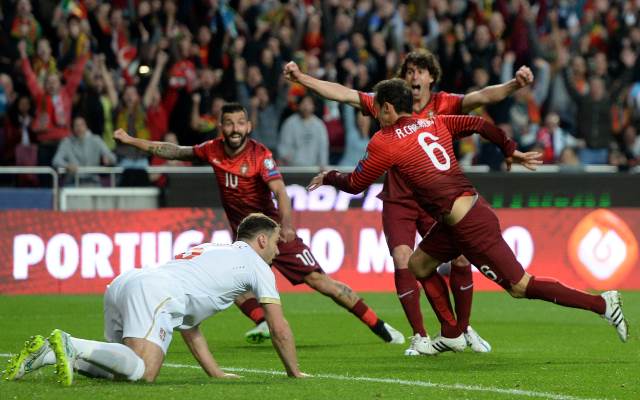 AS Monaco pair Ricardo Carvalho and Joao Moutinho featured as Portugal beat Serbia in a tight contest in Lisbon as they close in on Euro 2016.

The Seleccao remain atop Group I after having picked up a maximum nine points in their last three matches.

They have Carvalho—who only recently returned to international competition after an extended absence from the national side—to thank. The former Chelsea centre-back was an imposing figure defensively and also contributed at the opposite end—heading Portugal ahead on 10 minutes.

A beautiful Nemanja Matic effort just after the hour mark levelled the scores, but two minutes later, the home side retook the lead when Fabio Coentrao finished past Vladimir Stojkovic from close range.

The winning goal was as much about Coentrao’s finish as it was about Joao Moutinho’s exquisite vision to play in the Real Madrid full-back with a fantastic pass.

With four matches played, Portugal sit atop Group I. They are two points clear of second-placed Denmark and Albania in third.

Serbia, who have had three points deducted, are bottom of the pile on one point.

Lyon’s Anthony Lopes was an unused substitute for the Portuguese.